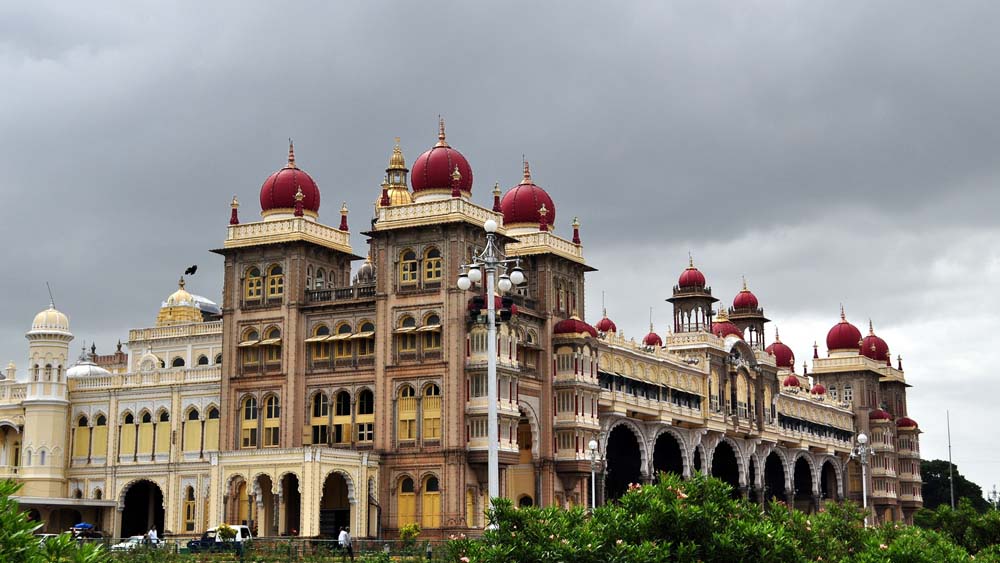 Popular places in Coorg include Kakkabe, which is also the largest producer of honey in south Asia. One of the main religious sites here is the ancient Omkareshwara Temple. Nagarhole National Park is another popular tourist attraction that is home to a variety of wildlife such as elephants and panthers. Known as the ‘Coffee Bowl of India’, Coorg contributes 30% to the total coffee production in India. Coorg is also a paradise for adventure junkies. Its hills are a perfect for adventure activities like trekking, rock climbing, biking and white water rafting.

Bangalore is the Silicon Valley of India. The city also comprises a number of attractions, among which are the two botanical gardens, Lal Bagh (Glass House) and Cubbon Park. Other attractions include Tipu Sultan’s Palace, Bangalore Palace, Nandi Hills, Bannerghatta National Park and Mayo Hall. Vidhana Soudha, Visvesvaraya Museum, HAL Aerospace Museum, Bull Temple and ISKCON Temple draw a large number of tourists. The city is also home to one of the country’s biggest malls - Mantri Mall in Malleswaram.

Mysore Palace & Tipu Sultan’s Palace are the places of attraction. Brindavan Gardens and its musical fountains at Krishna Raja Sagar Dam are some other attractions. Also, the city offers enough attractions for art lovers in the form of Jaganmohan Palace and Art Gallery, St. Philomena's Church, Lalit Mahal Palace, Datta Peetham, Karanji Kere and museums. The Mysore Zoo is a must-visit. Chamundi Hills is a popular religious centre that lies close to Mysore. People can go for excursions to places like Shivanasamudra, Shravanabelagola, Dharmasthala, or indulge in adventure activities like kayaking, trekking, river rafting and coracle rides.

Chikmagalur is located on the foothills of the Mullayanagiri range. Chikmagalur has several historical monuments and places of interest like the Kodandarama Temple, the Ishwara Temple, the Jamie Mosque and the new St.Joseph's Cathedral. Chikmagalur is surrounded by unending high hills, waterfalls and rivers like the Bhadra, Hemavathi, Tunga, Netravathi and Vedavathi and wild life.

Located between the Arabian Sea and the Western Ghats, Mangalore is a port city full of coconut palms, hills and streams and known for its temples and beaches. Mangalore is one of the major Indian ports in the Arabian Sea. Presently it handles more than 75% of India's exports and the majority of the nation's cashew exports. There are attractions like the Kudroli Sri Gokarnanatheshwara Temple, the Kadri Sri Manjunatha Temple.

Hampi is a village located amongst the ruins of the former capital of the Vijayanagara Empire, Vijayanagara. The town lies on the banks of the Tungabhadra River. UNESCO has listed the Vittal Temple and other ruins of the town of Hampi as a World Heritage Site. The popular Virupaksha Temple situated near the Hampi Bazaar is one of the oldest monuments of the town. The Hemakuta Hill located at the south of this temple contains early ruins of the Jain Temples and a colossal idol of Lord Narasimha.

It is one of the oldest wildlife sanctuaries in India established in 1931 and a protected reserve for tigers. Bandipur makes a great vacation spot with number of exciting things to do, like boating, fishing, bird watching and trekking on the visit to the Bandipur National Park. However, safaris are the major attraction. It is also known as the “connecting link” as it connects the Wayanad Wildlife Sanctuary in Kerala, and the Mudumalai Wildlife Sanctuary in Tamil Nadu, forming a long stretch of natural beauty.

Madikeri's misty hills, waterfalls, dense forests and vast tea and coffee plantations have made it made it famous as the ‘Scotland of India’. Some of the popular attractions of Madikeri are the Abbey Falls, Rajah’s Seat, Omkareshwara Temple, Madikeri Fort, etc. Three wildlife sanctuaries – Bahmagiri Wildlife Sanctuary, Pushpagiri Wildlife Sanctuary and Tala Cauvery Wildlife Sanctuary and one National Park – the Nagarhole National Park, provide habitat and protection to the many varieties of animals, trees and herbs. Trout and mahaseer fishing can be done at Valnur Fishing Camp near Kushalnagar.

Gokarna is situated on the coast of Karwar and lies between the rivers Gangavali and Agnashini.Om Beach, Gokarna Beach, Half Moon Beach, Kudle Beach and Paradise or Full Moon Beaches are some of the well known beaches of the place. The presence of beaches here gives a hippy feel to the town while the presence of many temples make it a pious place, thus creating a contrast that very few places have in the world.

Karnataka is a place where vibrant worlds seamlessly meld into one another every few hundred kilometres. Sedate plains suddenly rise to dizzying mist covered hilly heights, and then plunge with careless abandon in a whitewatered freefall to become languid rivers that flow past cities where time has stopped altogether, and cities where time rushes a relentless rush to keep up with the world; cities that sometimes escape into the deep quiet of thick forests and sometimes, stretches their arms wide open to embrace the sea. Host to some of India's largest and most powerful dynasties, the state has across the centuries, carried a legacy of art and culture as its geography - making it, by all means, a 191,791 square kilometre trail of whimsy.