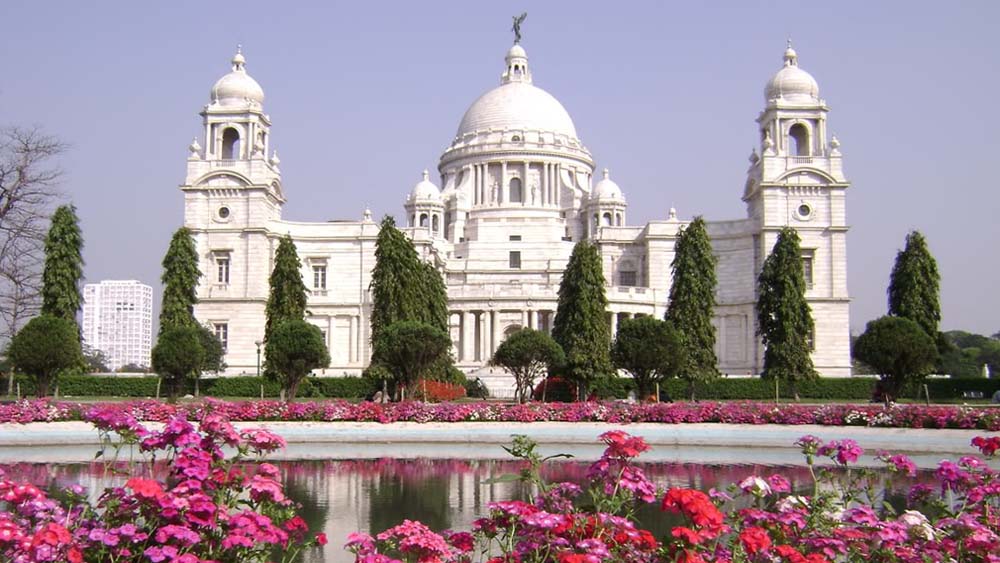 Digha is a popular beach, located in West Bengal. This place is idle to unwind under the sun. The place where you can count the waves in idyllic surroundings. There are plenty of beaches nearby, within a radius of 5 – 10 kms, which are quite and scenic. It is nice to sit under the makeshift stalls in the beach, with occasional sip from tender coconut and watch how the water raises during high tide. The sun sets in the horizon to make a spectacular sunset. With the Casurina forest at the background and the blue sky makes excellent combination. Do not get misguided by the red color of sand – those are the color of crabs.

Darjeeling is a popular hill station in the state of West Bengal. At an average elevation of 2050 meters, it is located in the Lesser Himalayan range and provides beautiful views of the mighty Himalayas, especially Kanchenjunga – the world’s third highest mountain peak. Known for its scenic beauty, snow-clad Himalayas, and tea gardens, Darjeeling is frequented by tourists from all over the country as well as from around the world. Especially during the summers, the place is a preferred destination due to its pleasant weather.

A beach resort, Mandarmani, is located in south-west Bengal in India. This small town is known for its sea beach along with activities like surfing, ATV rides, jet skiing, banana boat rides etc. The most famous attraction of Mandarmani is the 13 km long motorable Mandarmani Beach. The place is also known for its beautiful sunrise and sunset views that can be best enjoyed along the beach.

Sunderbans is the stretch of a mangrove forests located in the southern tip of West Bengal which touches the Arabian Sea. The site is declared as a forest reserve by UNESCO, and as Biosphere Reserve. The area of Sundarbans is about 4,110 square km out of which about 1,700 square km is occupied by rivers, canals and creeks. It is the largest Tiger Reserve and National Park in India. It is a place for birdwatchers as the thick forest here is home to the rarest varieties of birds such as Masked Fin Foot, Mangrove Pitta and the Mangrove Whistler. It also conserves the rare Ridley Sea Turtle. There is a great variety of marine animals and reptiles such as fishes, red fiddler crabs, hermit crabs, king cobra, rock python and water monitor.

The place where nature has kept its doors open. Derived from the word 'doors' (doors to Bhutan), this region, located in the district of Jalpaiguri and Cooch Behar, forms a gateway to the hill stations of North Bengal, Sikkim, Bhutan & North-Eastern states. The dense natural forests, interwoven with lush green tea gardens, criss-crossed by Teesta, Raidak, Torsha, Jaldhaka, Kaljani and other rivers & their innumerable tributaries rolling down the hills fill up your senses with sublimity.

The capital of West Bengal and cultural capital of India - Kolkata situated on the banks of Hoogly is the gateway to the mountains of the North-East and marshlands of Sunderbans. You shoulh have a walk along the Hoogly near Eden Garden or a visit to Millennium Park or a boat-cruise under the starlit sky at Outram Ghat or ride a Hand-pulled Rickshaw or a Tram ride along Red Road and green expanse of Maidan or watch a Football derby between Mohun Bagan and East Bengal Club or visit the Kolkata Book Fair between January end and first week of February or pandal hopping during Durga Puja. Enjoy the imposing deities, intricate decorations and fascinating lightings. For the creative mind, a visit to Nandan and Rabindra Sadan is a must.

Santiniketan is a cultural town in West Bengal, near Bolpur. This small cultural town was a vision of the famous Bengali poet and Nobel Laureate, Rabindranath Tagore. The Vishwa Bharati University, as it was known in early days was an attempt of Tagore’s efforts that even today attracts significant number of visitors to the place. With a rich cultural past, Santiniketan is a famous tourist attraction, especially for art and literature lovers, as this is the place where Tagore created many of his literary classics. The destination has a distinct culture and heritage of its own which can be experienced in the various festivals it celebrates like Poush Mela, Basantotsava and Rabindra Jayanti.

The meaning of the word Rishyap is ‘mountain peak and tree’ and it is located between the junctions of Sikkim, West Bengal and Bhutan. Other than mountain ranges, this small village is surrounded by dense forests. A clear view of the Himalayas and other ranges of Nepal are available from Rishap. Mount Kanchenjunga, situated in the border area of Nepal and Sikkim, is a popular tourist attraction here that is visited for hiking and sightseeing. The Lava-Lolegaon sector is very popular as a bird watching destination because of the availability of some of rare species of birds.

Kalimpong is a scenic town located in Darjeeling in West Bengal. It is a hill station in the Lesser Himalayas also called the Mahabharata range. Monasteries and churches are tourist hotspots of Kalimpong. Of the many monasteries, the most significant are the Thongsha Gumpha, Tharpa Choling Monastery and the Zong Dog Palri Fo Brang Gompa. In fact, the Zong Dog Palri Fo Brang Gompa Monastery is known to have a number of rare Tibetan Buddhist scriptures. Popular churches in Kalimpong include the Catholic Church and St Theresa Church. Other must-visit sites for tourists are the Neora National Park, Deolo Hill and Mangal Dham. For the adventurous lot, hiking is also an option.

Bakkhali is a seaside resort in West Bengal. It is a Ganges delta island on the fringes of Bay of Bengal, forming a part of Sunderbans. The beach is suitable for driving or cycling. Apart from its long beach, Bakkhali has many attractions - the windmills of Frasergunj is a sightseeing spot and so are the fishing harbours, crocodile breeding centre, the Banabibi temple and nearby mangroves at Henry’s Island. The beach of Bakkhali is inhabited by millions of harmless red crabs.

New horizon, vibrant state, colourful people with their rapidly changing lifestyle, modernisation -- in one word metamorphosis – this is the new West Bengal. On one hand it has fascinating culture, rich history and heritage and on the other hand it has modern, techno-savvy, upwardly mobile people. The land of West Bengal has in it intricately woven stories of many civilisations and settlements which left their footprint here. With the memory of that rich history West Bengal boasts of different ethnicity, culture, religion and languages and most importantly the diverse landscape -flanked by the Himalayas as the top and decorated by the natural beaches and a unique biosphere, the Sunderbans in the south. Let's unfold the true Bengal – it's history, it's real nature, it's culture - the canvas with all colours.

The climate of West Bengal varies from tropical savannah in the southern portions to humid subtropical in the north.
Summers 19° - 37°C. Winters 3° - 24°C

Explore the Colors of West Bengal.”